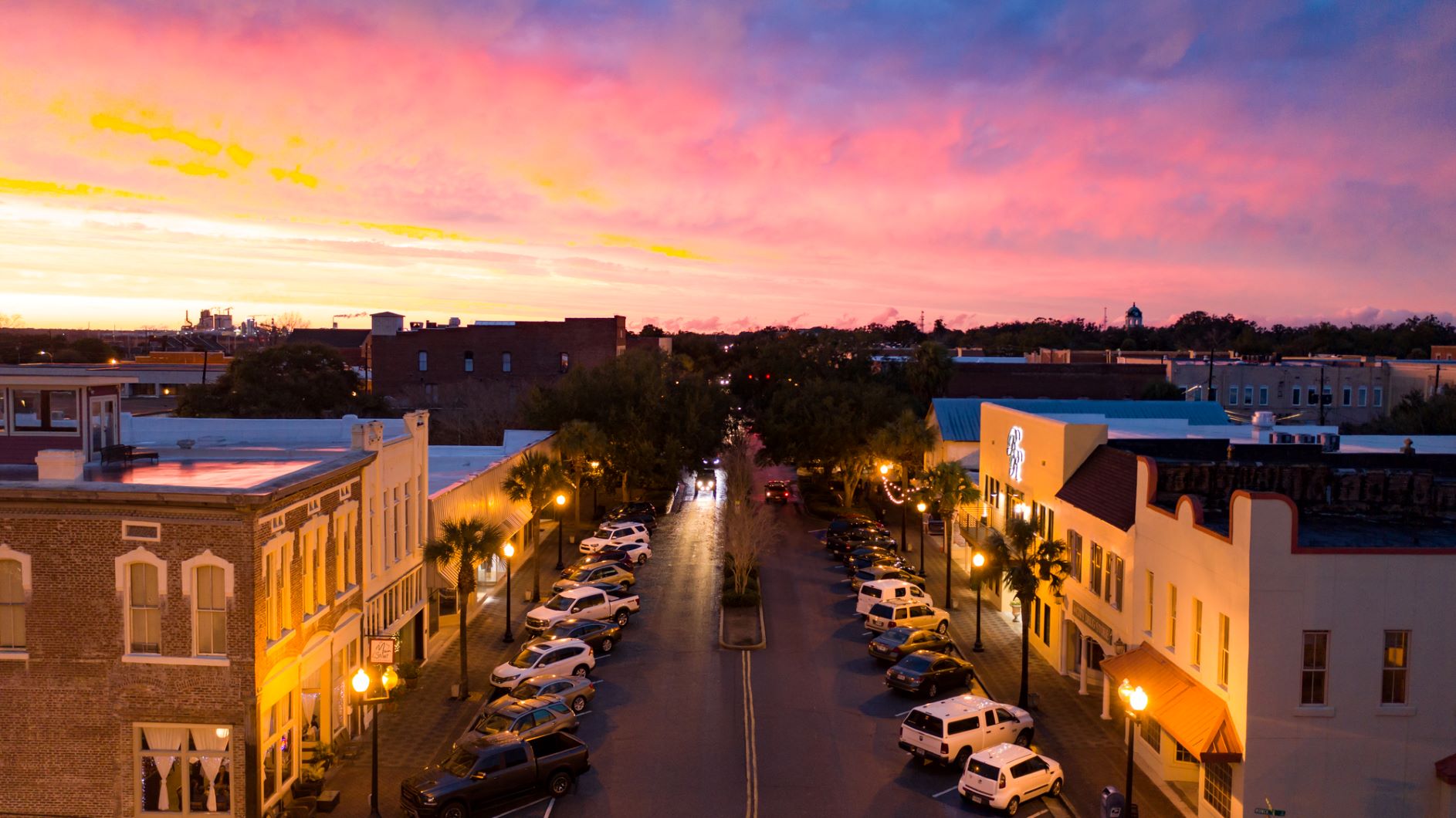 An effort to revitalize Brunswick took substantial steps forward with a community meeting Sept. 24 and the formation of a new nonprofit focused on raising private capital to support bringing residents and businesses downtown.

“We believe this will be a big day for Brunswick and the hopes and dreams everyone has to bring fresh vitality to downtown,” said Paul White, president and CEO of the Coastal Georgia Foundation.

Over the summer, the foundation has led discussions with business, community and local government leaders to build on efforts to improve downtown’s economy and quality of life.

The conversations gained momentum after the two installments of the Distinguished Speakers series cosponsored by the foundation and the College of Coastal Georgia.  The first included Atlanta Belt Line founder Ryan Gravel and the second featured Martin O’Hara, a British expert on rehabilitation port cities. The third installment featured a panel of local leaders on Sept. 25.

The continuing discussions have included a cross section of community, business leaders and local government officials and have identified housing downtown as a key element in strengthening Brunswick’s economic vitality.

“Through discussions among stakeholders, it became clear that if we focus on attracting residents, businesses will follow,” White said.

This view was solidified after a May trip by the stakeholders to Macon, which has enjoyed a renaissance in its central city. After visiting Macon, the Brunswick group commissioned a residential market study of downtown Brunswick, the results of which are expected this fall.

To further the conversation about Brunswick, the Sept. 24 meeting marked the launch of Forward Brunswick, an inclusive, broad-based alliance of the city’s stakeholders.

Forward Brunswick is intended to foster continued communication and collaboration, White said. It became clear over the summer that improved communication among the many stakeholders was essential. “We found that a lot of good comes from just talking more with one another,” he said.

To advance the goal of adding residents and supporting business in downtown Brunswick, White also announced the formation of NewCity Brunswick.  The new nonprofit was inspired by success of NewTown Macon, which has been instrumental to that city’s adding new residents and businesses to its central city.

NewCity Brunswick will adapt what is working in Macon to the specific circumstances in Brunswick and Glynn County, said Jack Kilgore, the Coastal Georgia Foundation’s chairman. “We will use the best of what they did in Macon, but we need an approach that works best in our hometown,” Kilgore said.

NewCity will use private capital to support residential development and redevelopment projects with creative financing tools and a revolving loan program. It is also intended to fill the gap in conventional approaches to financing such projects and provide support to local businesses and startups through training and some financial assistance. NewCity Brunswick is being designed explicitly to avoid duplication of existing agencies, such as the Downtown Development Authority, and city and county economic development departments and will work in complement to these partner groups

Justin Callaway, a local business owner and private equity advisor, has been named as the nonprofit’s president.

“I look forward to leading the action-focused NewCity Brunswick organization,” Callaway said. “Our work will facilitate a range of activities, accelerate the pace of progress, and serve in support of others to be the long-sought catalyst for Brunswick’s turnaround.”

Kilgore expressed strong support for Callaway’s leadership. “We are fortunate to have such a talented young man to lead NewCity,” he said.

The Coastal Georgia Foundation will serve as NewCity Brunswick’s fiscal sponsor and is able to receive charitable contributions to support NewCity’s mission here. “Already, we have received pledges that amount to about 15 percent of our initial operating goal, and we are excited by the early support from the community,” Callaway said.

About the Coastal Georgia Foundation

The Coastal Georgia Foundation was incorporated in 2005, as a tax-exempt public charity created by and for the people of Glynn, McIntosh and Camden counties. The Foundation now has assets nearing $20 million and has awarded over $14 million in grants, the majority to community organizations in the three-county region and beyond. The Foundation serves ordinary citizens who have the extraordinary vision for a better life for their neighbors, friends, families, and fellow coastal Georgians - today and for future generations. The Foundation seeks to be the region’s trusted source for thoughtful philanthropic counsel, sound financial management and strategic community investment.