Last year, Coastal Partners In Philanthropy in partnership with Stewards of the Georgia Coast hosted a Conservation Donors Roundtable at Musgrove Plantation on St. Simons Island to hear about shorebird conservation.  Ian Davidson, Director of Bird and Wildlife Conservation at the National Fish and Wildlife Foundation (www.nfwf.org), presented on their large-scale, highly collaborative shorebird conservation efforts. Shorebirds are one of the most rapidly declining group of birds in the world and Davidson profiled the remarkable migration routes of many species of shorebirds, with some making annual migrations from the Arctic to South America and back again.

As a result of that event, supporters raised the necessary funds to purchase a "Mule" and thirteen cameras to support this work.   The Mule is shown here on Cumberland Island being used on a Piping Plover Survey.  Georgia's coast features prominently in conservation plans due to the critical role this region plays by providing important habitat and food resources during migration and the nesting season. 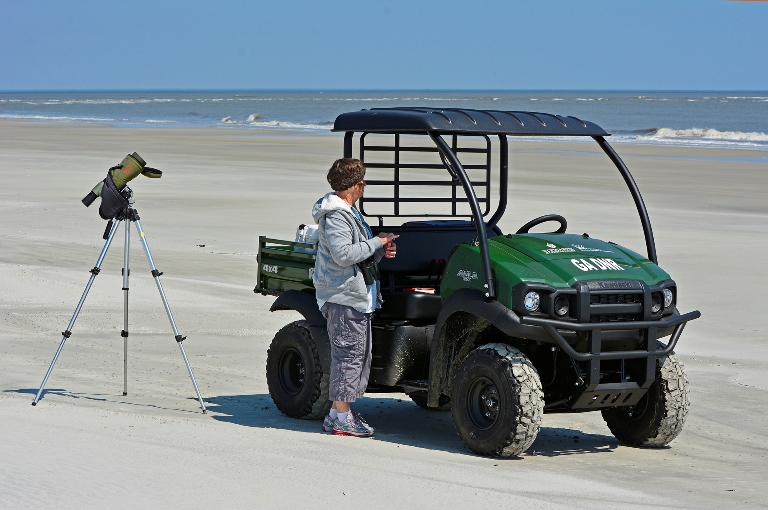