The mission of The Communities of Coastal Georgia Foundation (CCGF) is to strengthen our communities through engaged philanthropy. CCGF connects people who care with causes that matter in Camden, Glynn, and McIntosh counties along Georgia's coast.

CCGF is researcher, educator, funding counselor, community steward, and grantmaker. More importantly - we serve as thoughtful matchmakers between the philanthropic desires of our donors and areas of need, from local to global.

The Difference Between Charity and Philanthropy

CCGF is a hybrid of charity and philanthropy. While the financial base of private foundations comes from a single source, we derive our support from an array of donors. Where most non-profit charities focus on a single issue or area of interest, CCGF works with donors to invest in a variety of issues, promoting a full range of community interests.

You Don’t Give To Us, You Give Through Us

CCGF is not the beneficiary of donor donations. We are a conduit, a community-focused catalyst, a portal, and a launch point for strategic and sustained philanthropy that serves the greater good. 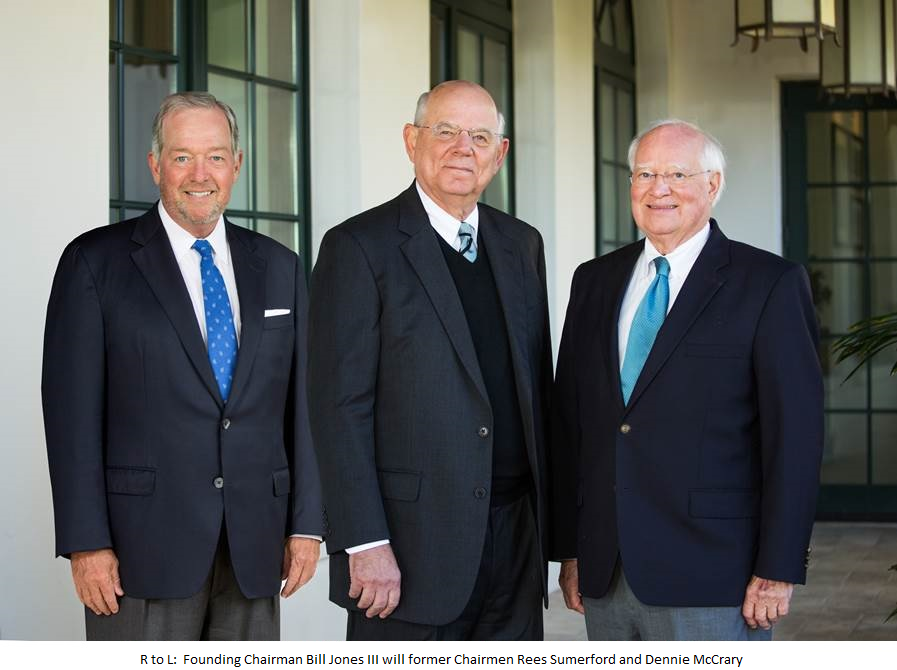 History was made in the Golden Isles with the formation of CCGF in 2005. Led by founding chair, Bill Jones III - a small group of local philanthropic visionaries set on a course to establish a public charitable organization, devoted to improving the quality of life in Coastal Georgia. These dreamers believed that our community could join the ranks of the more than 750 successful communities and regions in the United States with the establishment of a “community foundation.” Broadly defined, community foundations serve to bring a wide range of philanthropic interests together – individuals, families, businesses, community organizations – to promote civic and community well-being through collective, strategic, solution-focused philanthropy. Unlike other communities that have robust community foundations, Coastal Georgia did not have a wellspring of established, large, corporate interests or headquarters from which to draw start-up funding. With this area's usual can-do attitude, Coastal Georgia made history by establishing a community foundation in its own unique way. More than 60 local families and foundations came together and pledged their resources to create The Communities of Coastal Georgia Foundation – in hopes of ensuring its work would be “for good, forever.”

Today, CCGF has grown to over $55 million in assets, representing over 100 funds - governed by 20 members on our Board of Directors and employs 4 full-time staff.

We pay tribute to those Founders who provided the vision, commitment, and financial leadership to establish CCGF.