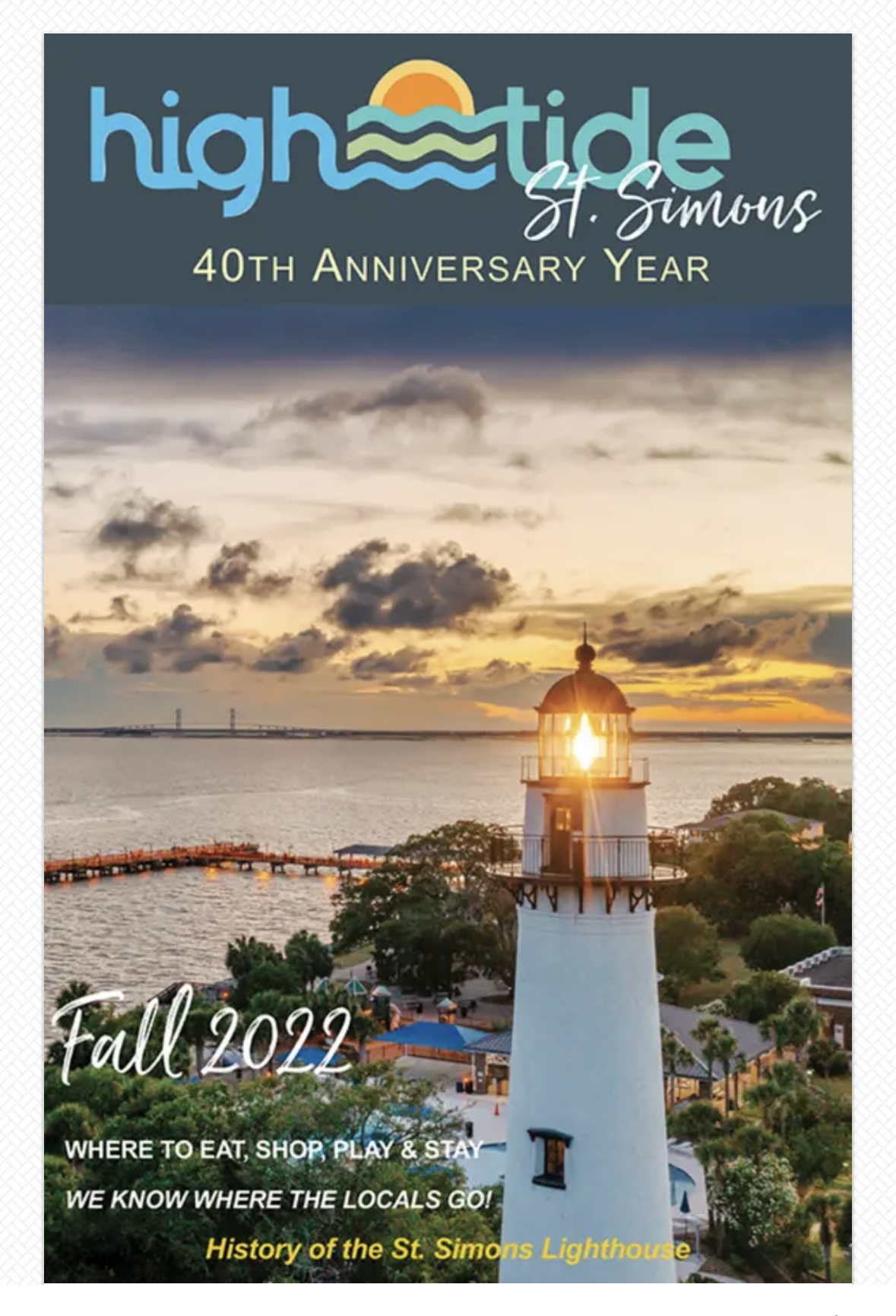 A true story about local siblings now enjoying Thanksgiving day together - after transferring management responsibility of their late father's inherited private foundation over to CCGF. Congratulations on graduating college - to all 4 of the high school class of 2018 Correll Scholarship recipients! 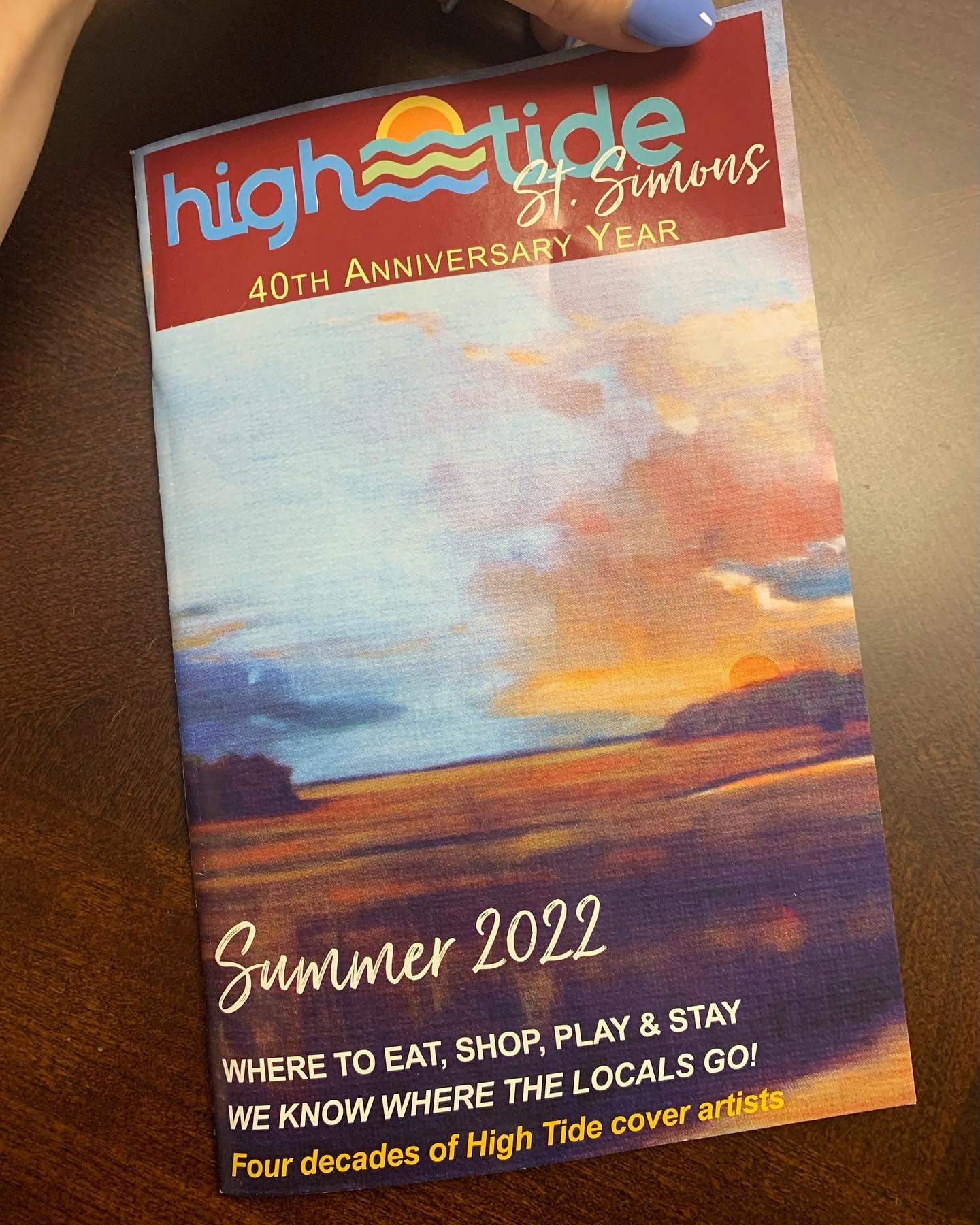 A story on how the local Community Foundation helped turn the empty lot into a park for the Glynn Haven neighborhood, instead of a mulit-house development. 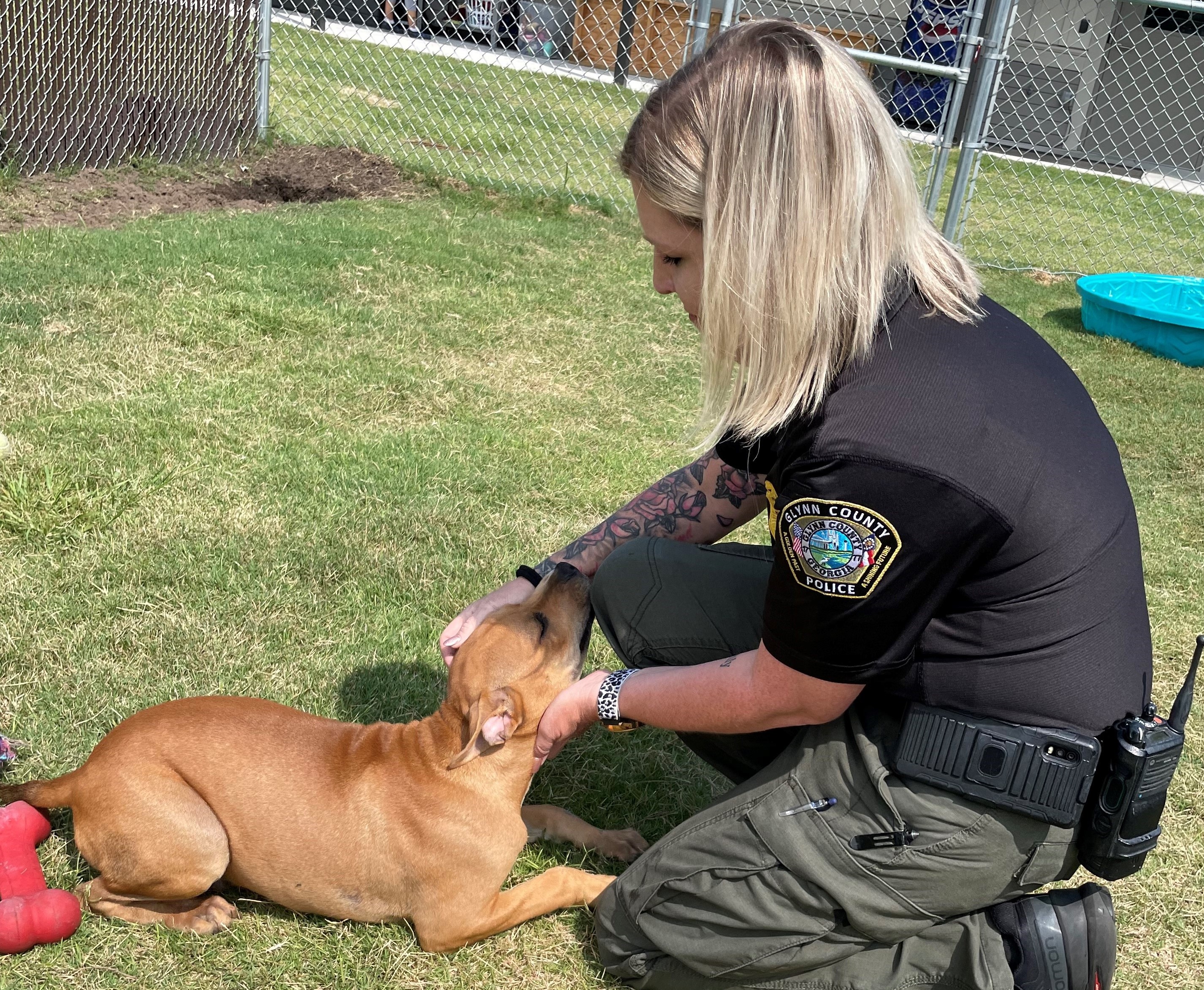 For 40 years as owner of Sadye's, with locations first in downtown Brunswick and later on St. Simons Island, Raymond Baumel helped to advise and clothe local, fashionable women. To them, he was the arbiter of good taste, quiet elegance, and style. Many also fondly remember his wife Elizabeth "Billie" Cowen Baumel, with whom he traveled the world in the hunt for the perfect new styles and jewelry to bring back to the women of the Golden Isles. Also remembered was a succession of "Abernathy" Yorkshire Terriers - each one, in his time, a permanent fixture at Raymond's feet by his desk at the store.

In Raymond's generosity, he always reached out to those who needed a hand. He had a special place in his heart for abandoned or abused dogs. When Raymond died, he sought through his estate to provide for "dog" welfare here in coastal Georgia for generations to come. He established the Raymond & Elizabeth Baumel and Abernathy Fund for Animal Welfare at the Communities of Coastal Georgia Foundation and in doing so, has created a lasting legacy - as well as a permanent income stream - for the care and sheltering of stray and unwanted dogs, from the interest earned on the endowment.

For 10 years, this endowed fund has been making grants to nonprofits in Glynn County.  This year - 3 very worthy organizaitons received grants to support and provide for "man's best friend" in their time of need: Humane Society of South Coastal Georgia, Glynn County Animal Services, and No Kill Glynn County. 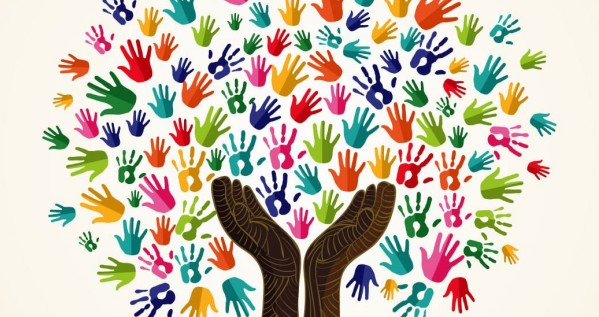 Twenty-four (24) organizations working directly with our community’s most vulnerable populations will receive a record total of $170,988 from the Communities of Coastal Georgia Foundation (CCGF). The Foundation’s Community Impact Grant initiative distributed these grants to organizations providing a variety of critical, innovative, and effective services to at-risk youth and the adults who care for them - in Camden, McIntosh, and Glynn counties.

This $170,988 amount represents the largest number and highest total of grants in the Foundation’s history for the annual competitive grant program. The Foundation budgeted $75,000 for 2022, fundholders and friends generously contributed the remaining $95,988 to cover the budget for all 24 recipients. 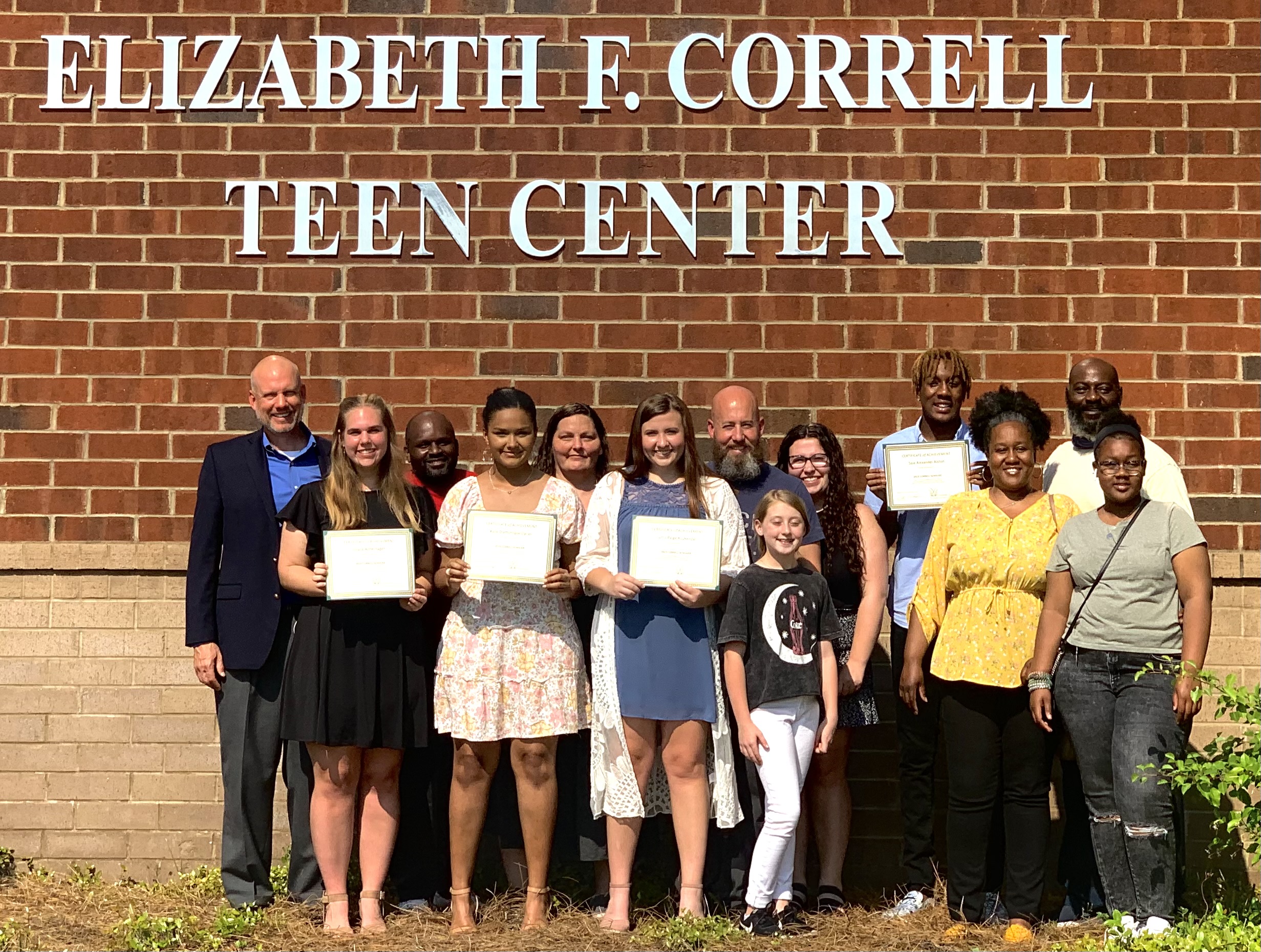 The Correll Scholars Program, a component fund of The Communities of Coastal Georgia Foundation, was established by A.D. “Pete” and Ada Lee Correll to assist talented Glynn County high school graduates who are active members of the Elizabeth F. Correll Teen Center or The Gathering Place, pursuing a degree at a public Georgia college.

Annually - $5,000 will be awarded to each student directly to their 4-year academic college, based on continued academic achievement - $20,000 total.

The four 2022 Correll Scholars Program recipients are Justis Kuykendall, Kylie Dallas, Grace Hagen, and Saje Alston. During each year of their scholarship support, the students will be providing at least 20 hours of volunteer service to the Boys & Girls Club of Southeast Georgia or The Gathering Place. 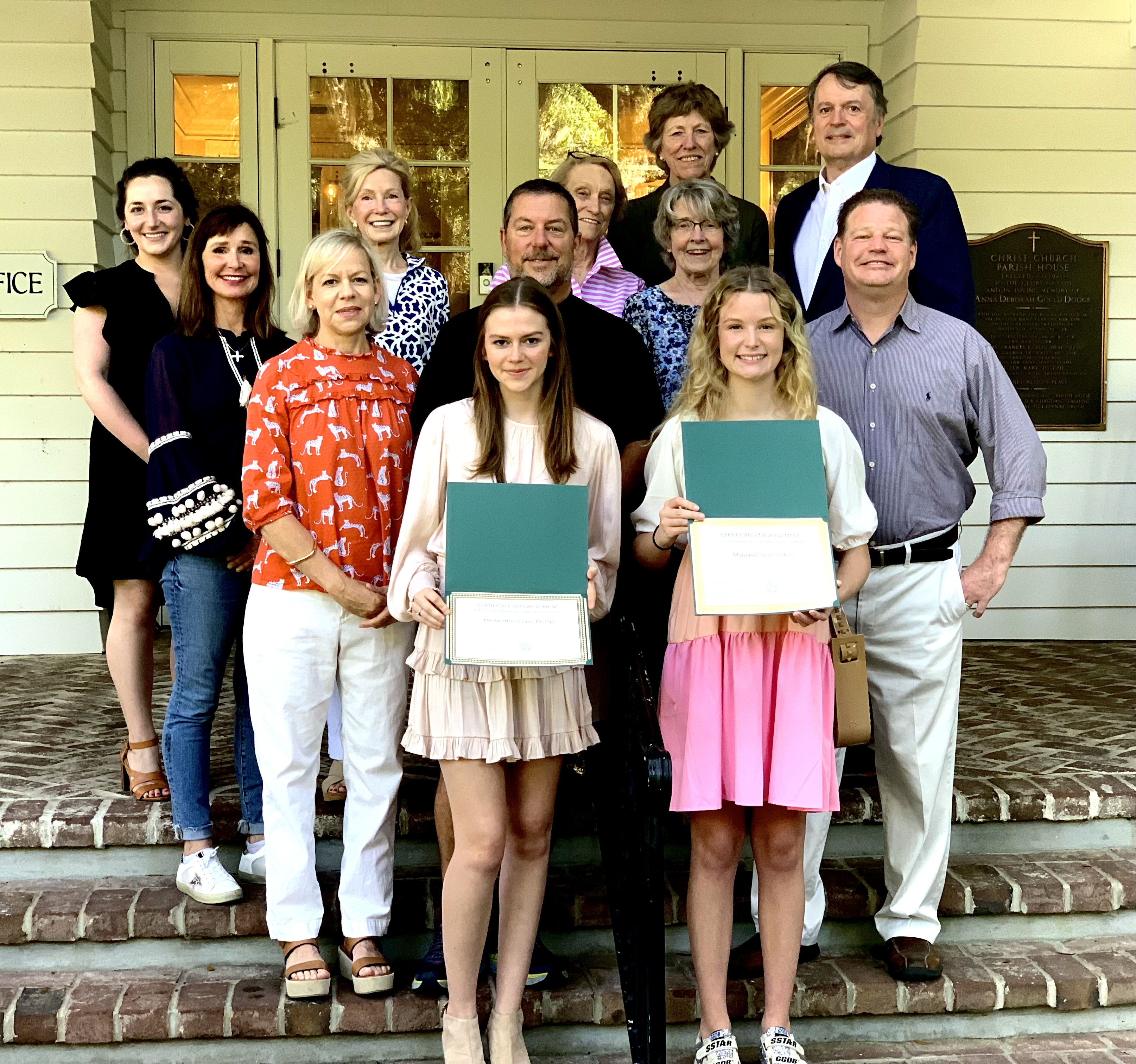 This year, the two 2022 CCF ECW Scholarship recipients are Meriwether “Evie” Akridge and Margaret “Maggie” Jenkins - both demonstrated leadership, drive, integrity, and citizenship at St. Mark's Episcopal and CCF, Glynn Academy, their workplaces, and within the community. 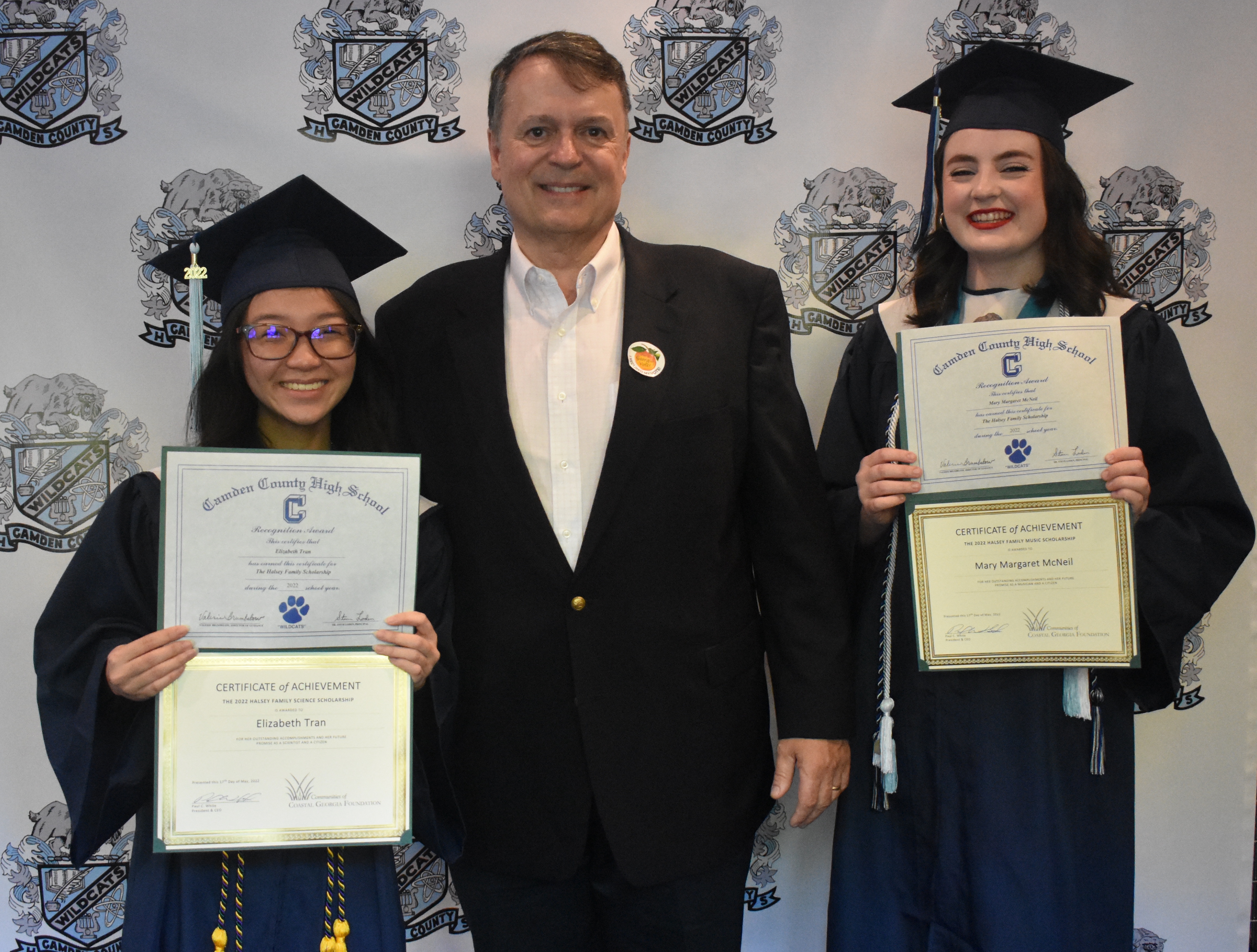 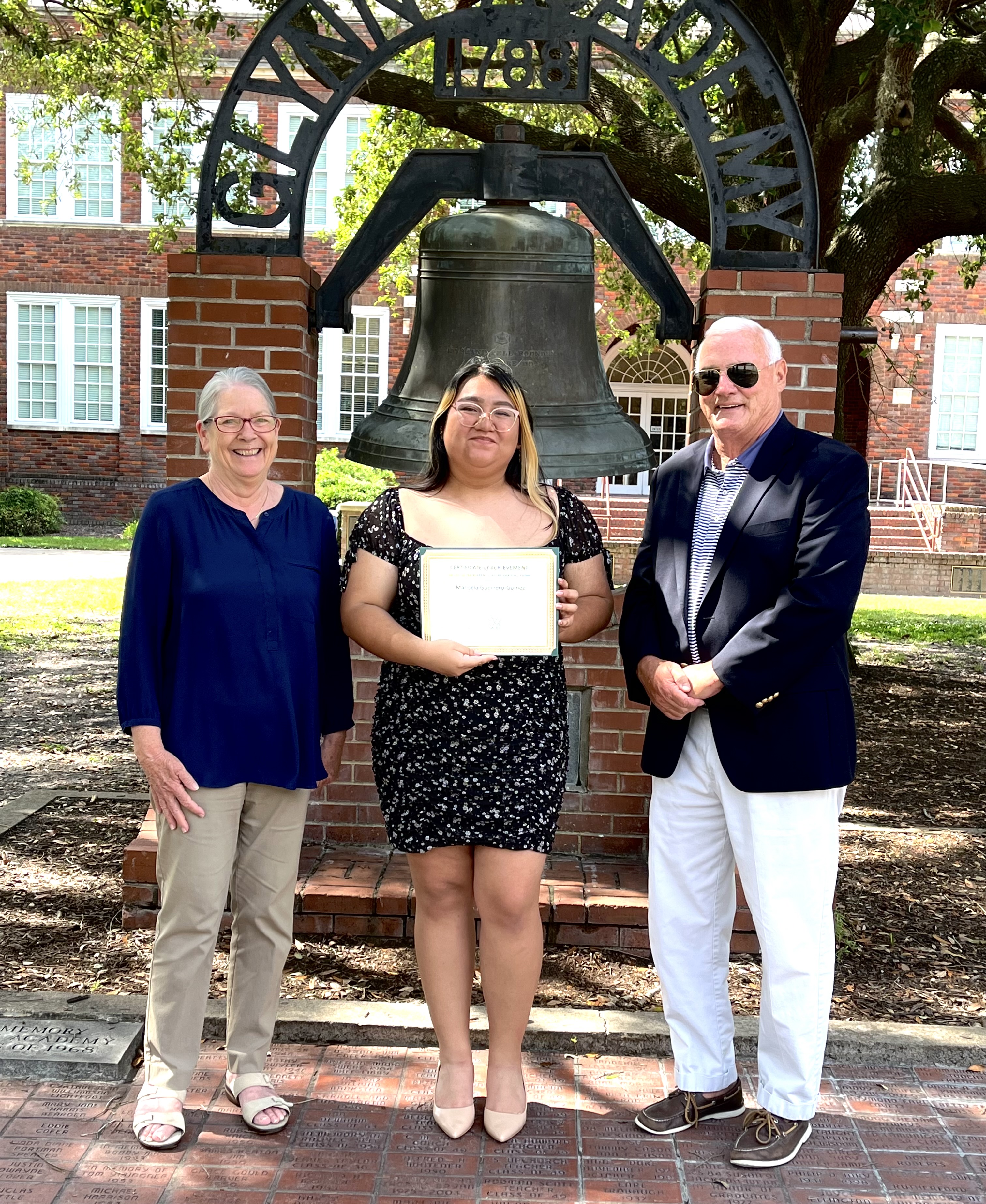 The Glynn Academy (GA) Class of 1969 Scholarship, a component fund of The Communities of Coastal Georgia Foundation, awards an annual $2,500 scholarship to one deserving GA graduate - to honor GA Class of 1969 classmates no longer with them - “Gone, But Not Forgotten.”

The scholarship is designed to provide financial assistance to a graduating senior who did not meet the standards for the Georgia HOPE Scholarship, but otherwise demonstrated characteristics of a dedicated student. The goal is that with financial assistance during the first year of college, the awarded student will raise his or her GPA enough to qualify for the HOPE Scholarship by the end of the first semester of college.

This year’s 2022 GA Class of 1969 Scholarship recipient is Marisela Guerrero-Gomez, a first-generation college student who plans to attend The College of Coastal Georgia. During high school, Marisela completed multiple dual-enrollment, advanced, and honors courses while participating in GA’s Color Guard.

The Communities of Coastal Georgia Foundation (CCGF) is pleased to announce its 2022 Community Impact Fund grant cycle will open January 3, 2022. Proposals are due by February 28. Awards will be announced in early May.