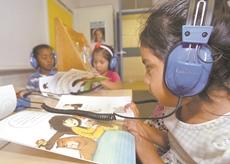 A new summer pilot project for at risk pre-kindergarten children established by a nonprofit organization could have a long-term impact in meeting a vital need for young children.

The Communities of Coastal Georgia Foundation will provide between $30,000 and $40,000 to fund the three week program, Leap into K in July. In partnership, the Glynn County School System will provide classroom space and lunch at the host site, Goodyear Elementary School.

In 1992, system officials took a step well ahead of its time — providing two full-year, preschool classes with the same goals. To put that initiative into perspective, even a few years later some state legislatures throughout the nation were trying to prevent the implementation of full-day kindergarten. Lawmakers argued that kindergarten is nothing more than kids having fun on the playground.

Such a contention was based on indifference and even ignorance. For the most part, fortunately, more people now understand that preschool instruction is essential in preparing children for K-12 education.

The school system serves more than 400 children in pre-k classes, but officials recognize there are some students in need who don’t receive the available services. The pilot effort will serve 36 children to help them properly prepare for kindergarten.

As The Brunswick News writer Anna Hall reported last week, the Foundation’s President and CEO, Valerie Hepburn, pointed out the potentially lifelong challenges that such children can face without the early skills they need.  Without evidence-based design and a proven curriculum, Hepburn said, Leaping into K “has the potential to be that game changer for children who haven’t had the benefit of significant family support and robust pre-k experiences.”

Community residents who have not visited such classes might be surprised by the academics and the skills the children’s teachers introduce to them. They learn to count and can recognize letters and colors and much more. The children do get many opportunities to play as socialization is a key component they will need as they move to the next grade.

A 9-month school year is an enormous period of time as a 4-year-old transitions to age 5. Such growth can be almost like magic. Many educators agree that expectations for even the youngest children have evolved. Kindergarten students are expected to master standards that once were targeted at first-graders.

Similar endeavors from other nonprofit, private and public sectors in Glynn County could help the system reach more at-risk kids who need them the most.

The Brunswick News - By Anna Hall

Children who start kindergarten without first attending a pre-kindergarten program are starting out their educational career already behind. And catching up in the years that follow can be all but impossible for many youngsters.

That’s a fact known readily by local educators, but efforts are now being made to stall the onset of delayed learning, thanks to a new pilot program being launched this summer as a partnership between the Communities of Coastal Georgia Foundation and the Glynn County School System.

The new program, Leaping into K, is meant to focus on at risk students, those who are not enrolled in pre-k programs and whose home environment may not be the most conducive to supporting academic achievement, said Valerie Hepburn, President and CEO of the Foundation. “If you start out behind, the odds are, you stay behind. And students who stay behind have a much higher drop-out rate,” Hepburn said. “With an evidence-based design and a curriculum modeled after nationally recognized programs, Leaping into K has the potential to be that game changer for children who haven’t had the benefit of significant family support and robust pre-k experiences.”

Slated to launch in July for a three week pilot session, the program will work with at least 36 area students who fall into the at-risk category, meaning they received no pre-kindergarten experiences and will enter kindergarten for the 2016-2017 school year. As now planned, the program will be housed at Goodyear Elementary School, with three certified teachers, three paraprofessionals, and a lead teacher with experience in such programs, as well as with additional assistance from the county preschool principal Stephanie Thompson and the Executive Director of Early Academics Sung Hui Lewis.

The overall cost of the program, estimated to be between $30,000 and $40,000, will be covered by the Foundation, while the school system will provide the host site and lunch for students, Hepburn and Lewis said. Final plans for the program are still in the works, with Lewis and a small team of educational partners set to travel out of state later this spring to observe a similar program in action in Texas. Following that trip, complete blueprints for how the program will pan out will come to fruition, Hepburn said. She and members of the Foundation have commended Lewis and Goodyear Elementary School assistant principal Oatanisha Dawson for recognizing the need to design a program to support students at an early age to fully promote their education from the get-go.

“We are ironing out a few of the initial details, but we are hopeful that this pilot program will produce outstanding results for these most deserving young people,” Hepburn said. “Their success will benefit the Glynn County School System and the community overall. This is one more way we can reach out to the essential elements needed in the community and use philanthropy to fill in the gap.”

When presented with the concept for the program at this month’s Board of Education session, held Tuesday, board members voiced their encouragement and support. “Anything we can do to get our children exposed to kindergarten early on is an effort worth investing in,” said board chair Mike Hulsey.

It Starts With An Acorn

People have been celebrating the significance of trees for centuries.

Read more: It Starts With An Acorn 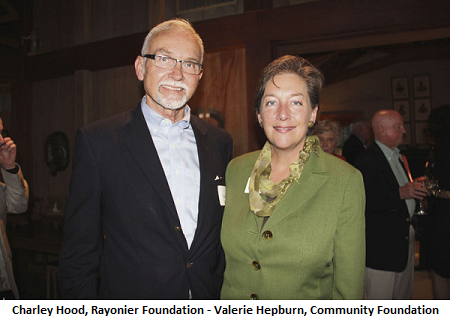 Coastal Georgia Partners in Philanthropy, a subset of Communities of Coastal Georgia Foundation, and Stewards of the Georgia Coast jointly hosted a Conservation Donors Roundtable at Musgrove Plantation on St. Simons Island on March 10. 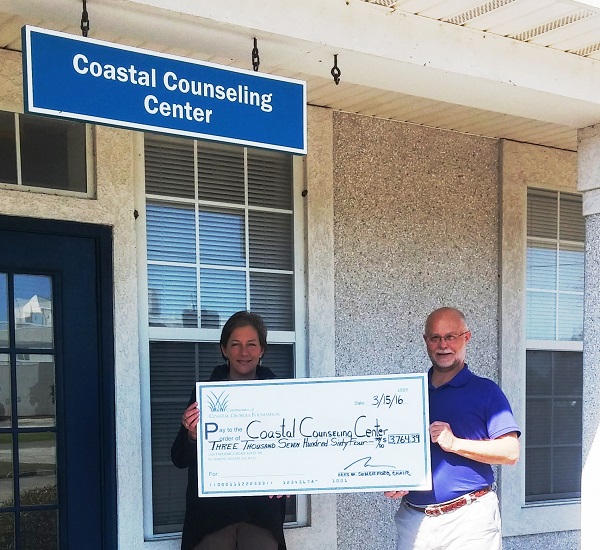 The Communities of Coastal Georgia Foundation recently presented a grant to support the work of Coastal Counseling Center.

Communities of Coastal Georgia Foundation Founder and former Board member Diana Murphy was formally elected as president of the United States Golf Association (USGA) at the USGA’s Annual Meeting on February 6, 2016. 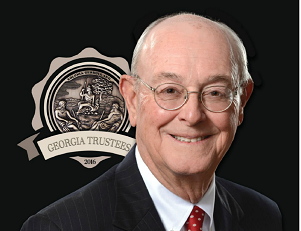 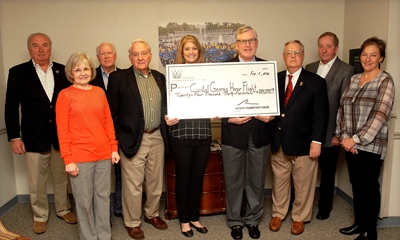 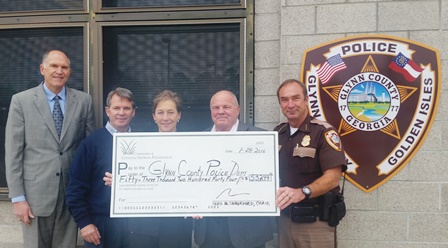 On Thursday, the Communities of Coastal Georgia Foundation presented the Glynn County Police Department with a grant to help purchase body cameras and other safety equipment. 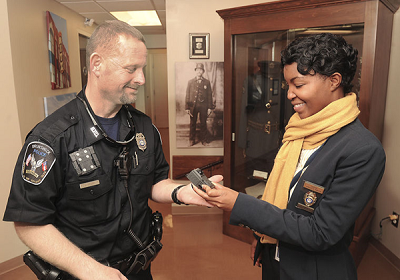